For those who may have missed it, the ‘I don’t need no help’ phrase has been circulating since last week. LeBron James helped fuel this meme when he said “I don’t need to go outside and learn how to block a shot. I do that every day in practice.” This comment came on the heels of Dwyane Wade’s comments where he admitted his Miami Heat teammates needed some assistance with their offense.

“I don’t need no help!” is a song by the American rapper Lil Jon that was released in 2004. The lyrics of the song are about how he doesn’t need any help from anyone and how he can do everything on his own. 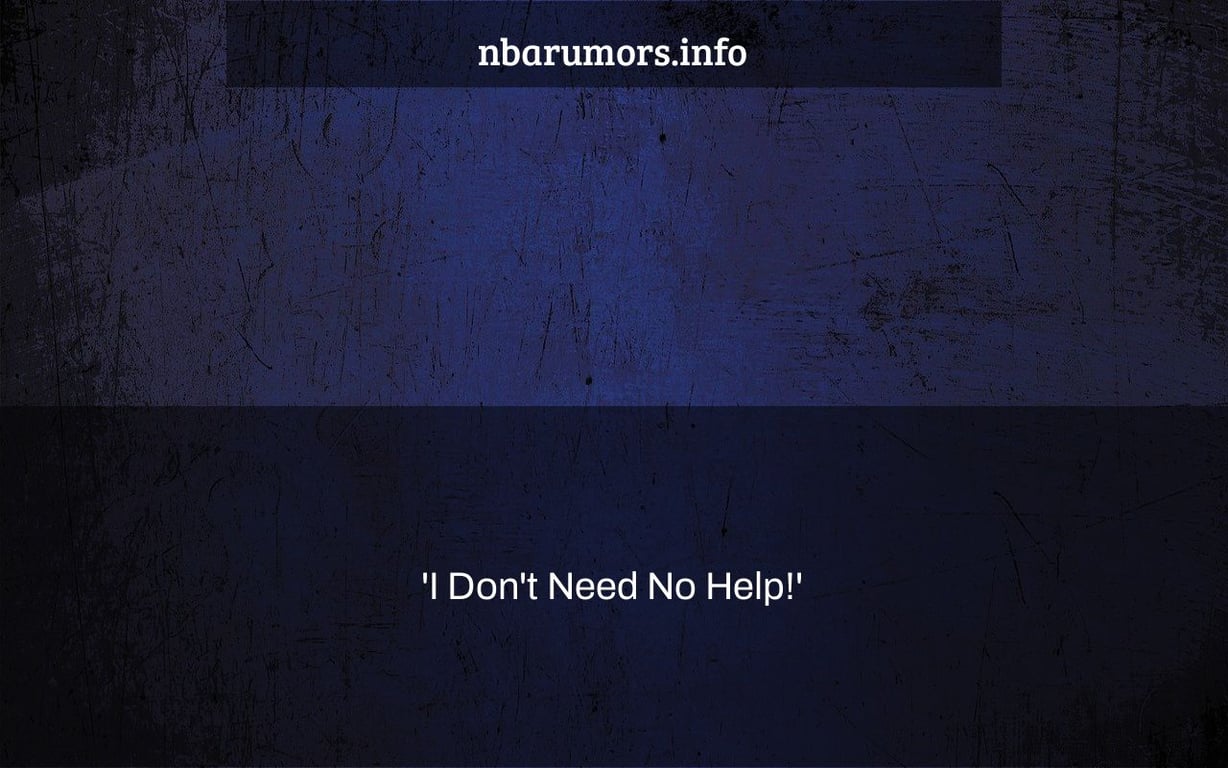 Because of his scoring abilities, Boston Celtics icon Paul Pierce is in the Hall of Fame. He never possessed the type of defensive skill that would have made him a career highlight. The Truth, on the other hand, found all the incentive he needed to concentrate in on that side of the ball in the 2008 NBA Finals against Kobe Bryant and the Los Angeles Lakers.

The Celtics’ victory against the Lakers brought an end to a 22-year title drought for the team. When Pierce exited Game 1 in a wheelchair, it became an instant classic. But one of the lesser-known features of that series is his startling devotion to full-court pressuring the Black Mamba.

During the 2008 NBA Finals, Paul Pierce desired the challenge of protecting Kobe Bryant. 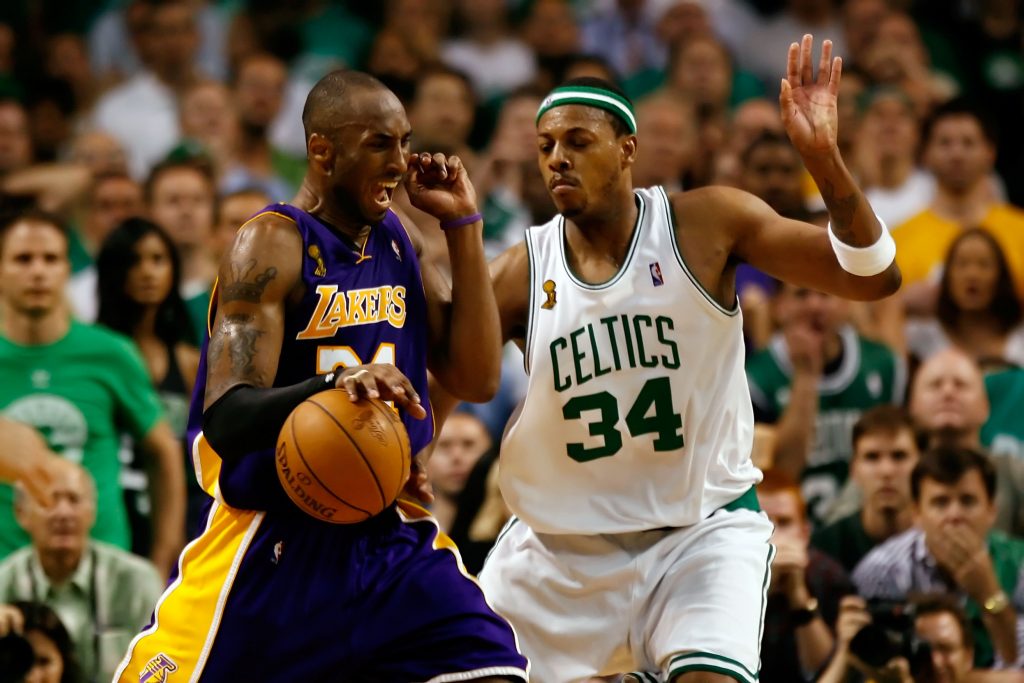 To begin the 2008 NBA Finals against the Lakers, the Celtics intended to start Ray Allen on Kobe Bryant. That is, until Pierce stepped in to save the day.

Pierce was invigorated to provide a new level of effort on the defensive end of the court with Kevin Garnett on the roster and former Celtics assistant Tom Thibodeau pulling the reins. Pierce insisted on checking Kobe full 94 feet, according to former teammate Leon Powe of The Athletic.

“I recall Paul bringing up Kobe near full court in the Finals. It’s a full court! ‘You don’t have to take up Kobe entire court,’ we remarked during a break. ‘Nah!’ he exclaimed, looking at us. Nah! I nabbed him! I nabbed him! ‘I don’t need any assistance!’ All he kept repeating was that. ‘Don’t help me!’ he kept saying.

–Leon Powe, via The Athletic, on Paul Pierce protecting Kobe Bryant in the 2008 NBA Finals.

Boston’s coaching staff may have been concerned that Pierce would tire himself on defense, compromising his ability to score. It’s also possible that foul play was involved. The Truth, on the other hand, thought that his relentless pursuit of Kobe would inspire his teammates.

“When your colleagues see you take the initiative on something like that, it motivates them.” ‘Damn, Paul’s going to lift him up and take on that task,’ they say. That let everyone know I had him, and they were like, “I have to do my job over here if he’s doing that.”

–Paul Pierce, as reported by The Athletic

In the end, the Celtics won the series in six games. Pierce’s ability to keep Bryant out of the post and be aggressive with him was crucial.

Kobe had a hard time dealing with the truth.

In 2007-08, Kobe Bryant enjoyed one of his best seasons as a member of the Los Angeles Lakers. He had the second-highest true shooting percentage (57.6%) of his career while averaging 28.3 points, 6.3 rebounds, and 5.4 assists.

During the 2008 Finals, though, Paul Pierce made life very tough for the Black Mamba.

Bryant’s scoring dropped significantly from his regular-season stats, averaging 25.7 points per game while shooting only 40.5 percent from the field. Pierce assisted in holding him to under 40% shooting in four of the six games, including a blowout Game 6 that gave the Celtics the championship.

The Truth’s victory against Kobe was based on more than simply drive. He approached the contest with a strategic mindset.

Pierce told The Athletic, “This was the deal, Kobe was fantastic in the mid-post area and gaining position.” “It was simpler for him to attain that position while Ray [Allen] was protecting him.” But since I’m a little larger, I can lift him off his perches with less assistance.”

Because the Celtics were not a “trapping” team and couldn’t depend on defensive rotations, Pierce argued they needed someone to play Bryant straight-up. As a result of his concentration on protecting Kobe, his colleagues were able to complete their tasks.

Bean found inspiration in his defeat. In 2009 and 2010, he even tore a picture of Pierce out of a newspaper and used it as fuel on his way to back-to-back victories.

Even yet, in the 2008 Finals, The Truth caused Kobe nightmares. Pierce’s Celtics colleagues said it was the ideal way to cap off his season.

Pierce became even more hungry with the arrivals of Kevin Garnett and Ray Allen.

The influence Paul Pierce had on Kobe Bryant in the 2008 NBA Finals may have shocked some Lakers and Celtics fans. But, because to the acquisitions of Kevin Garnett and Ray Allen, his defensive drive got stronger during the 2007-08 season.

The creation of Boston’s “Big Three” energized Pierce. He conducted “G-Unit” runs at practice, according to The Athletic, which fostered a spirit of competition and desire in the squad. Those runs, said to former Celtics player Brian Scalabrine, revealed a side of Pierce that his teammates hadn’t seen before.

“He began holding everyone responsible — like, everyone accountable,” Scalabrine told The Athletic. “He became a big-time leader on the defensive end of the court.” “He called out those who forgot their duties, and we created a culture where you had to know what you were supposed to do.” You couldn’t – forgetting defensive duties was not part of our culture. That was a significant component of our work.”

Pierce had a difficult time getting the Celtics out of the first round of the playoffs for years. He was on the verge of fleeing Boston. With KG and Ray-Ray on board, he realized the C’s had a legitimate opportunity to win a championship.

On the grandest stage, The Truth triumphed against one of the game’s top players. It was the culmination of a year-long defensive commitment.

The “i don’t need no man” is a song by Jamaican singer Bob Marley. It was released on his 1976 album Exodus.